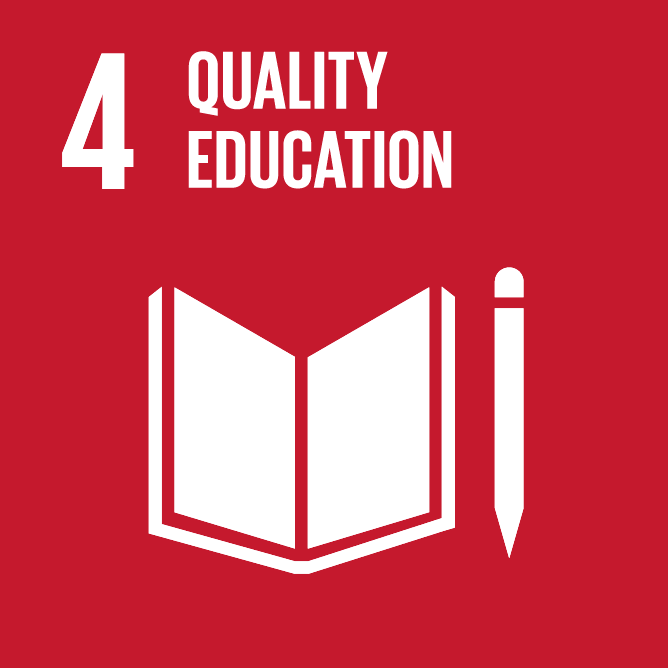 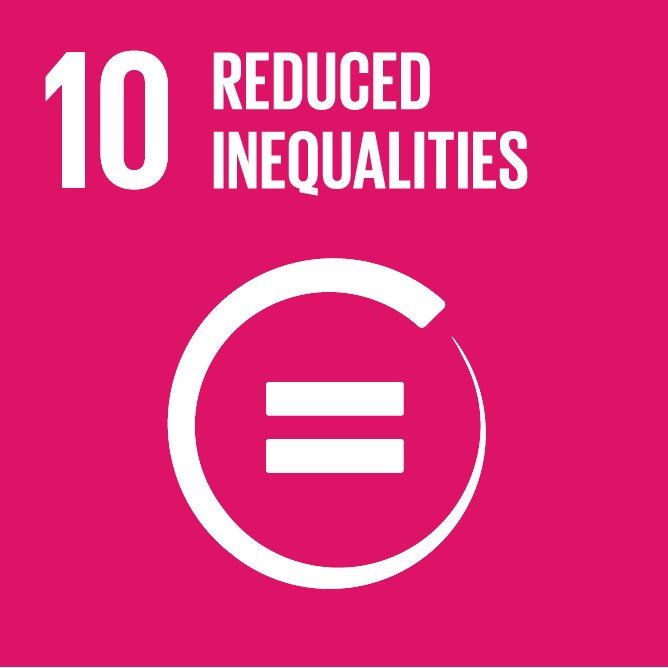 One of the areas of focus for our CSR initiatives is creating equal opportunities for children and young people by supporting their education. The projects we engage in are selected based on the assessment of their effectiveness and of how adequately they address the needs and actual problems. What enables us to make informed decisions about which projects to choose is the close and good relations with the local communities and social partners in the areas where our plants are located.

We engage our clients in the ‘Helping while Refuelling’ programme

In November 2015, LOTOS Paliwa launched the company’s and the fuel industry’s first ever sales support project combining charity with image building, under the name ‘Helping while Refuelling’. The joint initiative of LOTOS Paliwa, Grupa LOTOS and the LOTOS Foundation was the first cause-related marketing scheme organized on such a large scale in the fuel sector in Poland. The main objective of the campaign was to encourage motorists to buy fuel at LOTOS and LOTOS Optima service stations as each litre of fuel they purchased meant funds transferred to the LOTOS Foundation’s account.

Our cooperation in the venture demonstrated that business efforts can be effectively combined with marketing and social activities to help those who need it the most. This landmark event opened a new stage in the LOTOS Group’s long-term Corporate Social Responsibility Strategy.

The goal we set ourselves

In addition to improving sales performance, we wanted to offer tangible support to the beneficiaries of the LOTOS Foundation’s long-term social partners in the pursuit of their passions and dreams.

Who received our help?

How was the money collected?

From November 16th to December 5th 2015, the LOTOS Foundation’s account was credited with PLN 0.01 for each litre of ON Dynamic and PB98 Dynamic fuels purchased at LOTOS and LOTOS Optima service stations. Each litre of diesel oil, PB95, PB98 and LPG sold at the stations meant another PLN 0.005 transferred to the account. The project’s ambassador was Robert Kubica, a rally driver. Other famous athletes who encouraged motorists to help while refuelling included Kamil Stoch, Piotr Żyła, Kajetan Kajetanowicz, Sebastian Mila, Piotr Gacek, Mateusz Mika, and Robert Lewandowski. The programme was accompanied by radio and television campaigns and distribution of BTL sales support materials at the LOTOS service stations. What made this campaign unique was the use of non-standard communications media at all LOTOS and LOTOS Optima service stations, that is dedicated meters showing the amount collected since the beginning of the campaign.

What else did we do?

The second phase of the campaign was the ‘Winning while Refuelling’ lottery started on December 7th 2015. It was a way for LOTOS Paliwa to thank its clients for contributing to the pool of funds for children. They were offered a chance to win PLN 500 in a draw held every hour as part of a special lottery on RMF FM radio.

Support for the talented ones

‘Talent with LOTOS’ is an initiative by which we seek to contribute to the development and education of children and youth in the regions where LOTOS Group companies are present. It is our response to the need for increased support to talented students in the Polish education system. We have implemented the ‘Pomeranian Talent’ programme in the Gdańsk Province and, in cooperation with the town of Jasło, the ‘Jasło Science League with LOTOS’ in the Jasło region. ‘Talent with LOTOS’ is targeted at elementary and junior-high schools as well as kindergartens.

In the 2014/2015 school year, 131 league teams were set up as part of Jasło Science League with LOTOS, including 500 children and 60 teachers. Within the framework of the ‘Pomeranian Talent’ project, 1,332 students from the Gdańsk Province took part in education and development activities. In 2016, another initiative was incorporated in the ‘Talent with LOTOS’ scheme, this time targeted at talented children and youth from the region of Czechowice-Dziedzice, a third location of key importance to the LOTOS Group’s engagement with local communities. ‘Talent from Czechowice-Dziedzice, a Town of Fiery Enthusiasm’. This project is to enhance systematic patronage of talented students from elementary and junior-high schools, and in particular identify the most promising talent and support their teachers, shaping scientific thinking and promoting project-based methods in education. It will see 92 students from elementary and junior-high schools work under supervision of 18 teachers on scientific and research projects, which will be then assessed by experts and rewarded with prizes sponsored by the Mayor of the Czechowice-Dziedzice Municipality and Grupa LOTOS. The project will be implemented under direct patronage of LOTOS Terminale.

More information about ‘Talent with LOTOS’

For five years, the Advanced Technologies Foundation has successfully run the E(x)plory programme, a unique initiative creating and promoting scientific culture and innovations in Poland and globally. The guiding idea of E(x)plory is to support talented scientists in the pursuance of innovative projects, develop businesses’, organizations’ and institutions’ best practices in the areas of innovation and modern technologies, expand cooperation with talented young people, and encourage curiosity and interest in science among local communities.

The E(x)plory programme consists of a number of modules:

The programme comprises numerous activities, which are sometimes area-specific and dispersed but which share one basic feature: they are addressed to communities living in the immediate vicinity of Grupa LOTOS. Most of the activities are centred around the objectives defined in our strategy, that is equal opportunities, road traffic safety, ecology and environmental protection.

The programme involves the following activities:

In 2015, the Children’s Day was celebrated with the Rail Technology Day, co-organised by the LOTOS Group and LOTOS Kolej. In previous years, LOTOS Kolej organised the Rail Technology Days in cooperation with SKM Trójmiasto, and with PKP Energetyka and PKP Intercity. The event attracted railway lovers, company employees and the local community. The LOTOS Group organised the event alone to celebrate the Children’s Day as the initiative for the local community in a selected district nearby, in accordance with the assumptions of the “Good Neighbour” programme. Having analysed the facts, both LOTOS Kolej and the LOTOS Group decided it was possible to organise a single event addressed to all the addressees of the two events. , The event attracted more than three thousand people, including the LOTOS Group’s employees and their families as well as children living in the nearby districts, i.e. Olszynka, Rudnik, Przejazdów, children from LEONARDO school and nursery school, and children from the parish of Our Lady of Sorrows in Gdańsk.

The event was to present the LOTOS Group as a socially responsible company in line with the CSR strategy assumed, and LOTOS Kolej as an eco-friendly one, meeting the highest standards, i.e. high-tech locomotives, tight cleaning of rail tankers, taking care of the environmental protection.

The assumption was to give children an insight into everyday work of a modern company such as LOTOS Kolej and present it in an understandable and attractive manner, to show places which are usually not accessible, e.g. Traffic Management Center, Signalling Center, Depot, Rail Tanker Cleaning Station. There were many attractions prepared for the participants, e.g. the opportunity to take a handcar or locomotive ride, competitions on the stage. There were also games related to the areas supported by the LOTOS Group, e.g. football matches on a professional pitch and traffic safety. . We also used the opportunity to ask those present for their opinions on the event. 91% of the respondents were very happy with the way the event was run and the attractions it offered. 70% of the respondents were able to spontaneously enumerate a few areas and names of CSR programmes carried out by the LOTOS Group, such as ‘Safety Belt Champions’, ‘Headed for the Baltic’ or granting scholarships for students.

Grupa LOTOS and the UP Foundation for Initiating Development have partnered in a flagship cross-sector programme, Development Initiation Forum (FIR). The organization was created on the initiative of individuals who are aware of the need for social and economic changes in the Pomerania region, and has a mission of initiating and supporting social and economic development using the potential created by cross-sector partnerships. Since 2014, Grupa LOTOS has also been the general partner of the FIR’s Grant Fund, which helps partnerships that bring together the public, private and NGO sectors. In 2015, PLN 240 thousand was spent on grants for nine cross-sector projects aimed at promoting social entrepreneurship, employment of individuals at risk of social exclusion, physical activity and healthy diet. The co-financing grant was up to PLN 25 thousand. The judging panel composed of representatives of business circles, local governments and non-government organizations selected five initiatives in the first round of the competition, and four initiatives in its second edition.

Grants go to the responsible ones

In 2015, Grupa LOTOS selected the winners of the second edition of the ‘Responsibly with LOTOS’ grant contest addressed to student organizations – members of ENACTUS Poland. The contest is designed to support interesting projects that correspond to the objectives of Grupa LOTOS’ CSR strategy in the area of society, natural environment or road traffic safety. Its second edition was open to student societies and organizations registered in Poland and there was no requirement for the submitted projects to be confined  to the regions where Grupa LOTOS is implementing its CSR strategy. The participants competed for a grant of PLN 10,000.

More information about ‘Responsibly with LOTOS’

At the request of the State Fire Service, the LOTOS Straż rescue and fire-fighting brigade takes part in rescue operations outside the LOTOS Group’s refinery. In 2015, the firefighters were involved in an operation in Gdańsk Śródmieście where an injured crane operator required assistance. They also responded to an accident involving two passenger cars on the S7 national road near the entrance to the premises of the LOTOS Group.

The LOTOS Straż rescue and fire-fighting brigade engages in promoting fire safety among the local community during the ‘Żuławski Tulipan’ event in Pruszcz Gdański, and each year, the brigade divers take part in cleaning up the Baltic.

Other initiatives for the benefit of local communities