Letter from the President of the Board 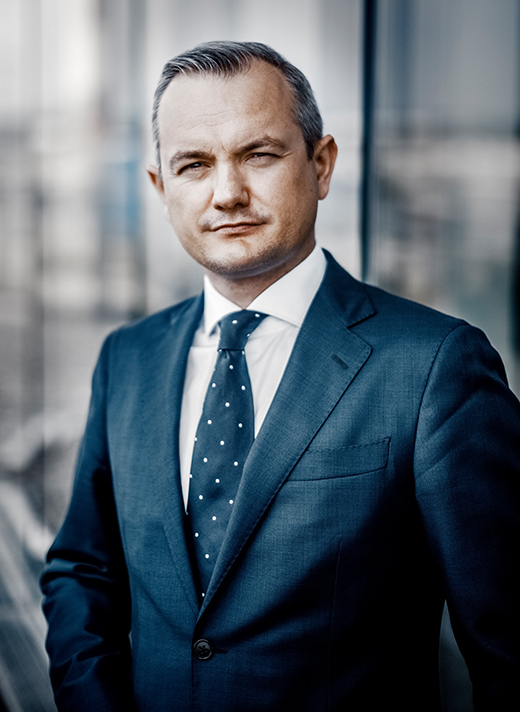 it is my pleasure to present the 2015 Integrated Annual Report of LOTOS Group.

Last year saw many political and economic developments with a significant bearing on the global macroeconomic situation. Despite oversupply, global oil output remains high, resulting in continued pressure on prices. Large oil and gas producers are faced with an unfavourable business environment, with the falling prices making them increase expenditure on production to generate expected revenues.

Grupa LOTOS remains a vital element of the national economy, with the overarching goal, as defined in our mission, to enhance Poland’s energy security and foster the country’s stable economic growth. We view this as our duty, which we fulfil by delivering the highest-quality fuels, oils and other refining products to the market.

Despite low oil prices, access to own sources remains fundamental to us. With each tonne of oil produced by our facilities, we become less dependent on imports, sudden price movements, and pressures from suppliers. LOTOS pursues a strategy designed to reduce Poland’s dependence on imports from one source. This approach to national energy security is supported by the gradual increase in oil supplies by sea and expansion of our own upstream segment.

Efficient sustainable development of any large oil company is based on two pillars − upstream, which comprises own production of oil and gas, and downstream, with state-of-the-art refining technologies employed to obtain the highest possible amounts of products most valued by the market. Thanks to our consistently pursued investment projects and precisely defined growth programme, as well as our experienced and professional managers and employees, we now operate one of Europe’s most advanced refineries and own growing reserves of hydrocarbons.

In 2015, LOTOS also started construction of a delayed coking under the EFRA Project (Efficient Refining). The unit will produce an additional 900 thousand tonnes of fuels a year and will increase our margin by approximately USD 2 per barrel of crude processed. Thus, in line with the Polish government’s current policy, LOTOS will boost its innovativeness and competitiveness on Europe’s challenging refining market.

As at the end of 2015, the LOTOS retail network comprised 476 stations, up by 35 year on year. In 2016, we plan to see the network grow to more than 500 sites, gradually approaching the optimum saturation level. This year we will also open the 20th Motorway Service Area, thus becoming the second largest operator of such facilities in Poland. Last year, all LOTOS Optima stations and some premium stations underwent a change of their visual scheme. In 2016, we intend to proceed with standardization of our stores and expand our range of food services. We also plan to significantly increase the portfolio of goods offered at the stores and services available at the stations to expand our customer offering.

LOTOS employs a modern sports sponsorship model. In February 2015, Grupa LOTOS become the Major Sponsor of the Polish National Football Team. As evidenced by the team’s performance at EURO 2016, this was a sound decision.

2016 will see LOTOS enter a path of new growth. We will prioritize research, development and innovation as part of the ‘Responsible Development Plan’ adopted by the Polish government. We intend to finish growth-oriented projects currently being implemented across various segments, optimize our operations and enhance our efficiency to achieve improved financial results and start paying dividends again.